Returned from a trip to Dubai. I spent a week there. Last time I went there to the GulFood exhibition in February. This time I met with potential clients.

The trip was difficult: I do not speak English very well. The schedule had to be changed every day: some meetings appeared, others were canceled. But the main difficulty – I was all alone in a foreign country.

I’m used to doing everything quickly, not postponing for a long time. Therefore, immediately after landing (on 4-15 Sundays), I went to the hotel, slept until 9-00 and at 10-00 a car came for me. The client sent a car to make it more convenient to visit their office in the industrial zone of Dubai Investment Park 2.

It’s amazing that the weekend in Dubai is Thursday evening and Friday (plus religious holidays). Saturday and Sunday are business days. Although a number of Western companies work according to the usual schedule, local companies work according to a local schedule. And some government services work from 8-00 to 13-00, and then it gets too hot and officials leave to rest – the citizens of Dubai do not have to work hard, they have a good benefit.

My task in Dubai is to find a potential dealer for the sale of equipment. The problem is that there are not many strong players – and they are dealers of other suppliers (Gold Medal, Cretors). In a situation where strong dealers already have contracts, you have to invent solutions. Therefore, I conducted a preparation: found the Yellow Pages of Etisalat, raised all previous contacts with the Middle East. I wrote each letter (265 letters) and more than 50 calls. I have appointed an average of three meetings for each day of the trip.

The meetings were different: sometimes I went to the very backyard of Dubai, where even a taxi cannot be called. This photo made just in the center of the desert. I spent 30 minutes waiting for bus under sunlight (+55C or 131F)

And sometimes we had dinner with our customers in the best restaurants with a view of the tower of Burj Khalif and the dancing fountains.

On the last day of the trip, I visited the cinema CinemaCity. To work in the popcorn industry it is very important not only to deal with dealers but also to travel to customers. So I went to the cinema to see the range, the prices, to talk with the manager.

Why Cinema City? At the CinemaCon exhibition in Las Vegas, the director of this cinema visited our stand and left a business card. Before the trip, I tried to call and wrote him a letter. Unfortunately, I could not get an answer and went to the cinema without a call.

I went to the cinema, bought a milkshake and looked around. I asked to call the manager. A man came out, he talked coldly to me. He did not allow me to take photographs (which was my goal). “I’ll send you a photo later on your WhatsApp” – he said. This meant a refusal. In the east, people do not say “no” – they are disowned veiled.

In any case, I have already done some of the photos while walking the movie bar. I did not have enough photos of the popcorn cooking zone and nachos.

So I took out my camera and continued to take a photo. The security guard and the manager approached: “You must stop! Delete photos” “Ha-ha-ha!” I thought to myself. I’m from Russia, damn it! Whom do you want to frighten here?

Although he wanted to be strict, I was amused by this situation. “Immediately delete photos!” – he said. I pretended that I click on the buttons: “Done.” “Show me! Delete the files from the Trash folder” Guy, you’ve mixed up a cell phone with a Windows 95! I deleted the cache files from different applications: “See, I completely follow your advice.” “Well, you can go, do not do that anymore,” he said.

I left the cinema, having all the necessary information. In Russia, we are quietly doing any photos that we need. In part, this is due to the fact that our managers already know the employees of all cinemas (the company occupies 85% of the market). In part, because in Russia there is a law that directly allows you to take photographs in public places.

I respect the laws of other countries. In Dubai, you can not take photographs of women in national clothes – I will never violate this law. You can not eat and drink in public places and metro. You can not litter – I will not break this law. But the situation at the cinema was simply absurd. If I could talk to the director in advance, I would be sure there were no problems.

Anyway, I’m very happy with how my trip to Dubai was.

My adventures 0
Christmas markets are an excellent place for fun and street food. In my opinion,

Shop 0
Robolabs is known for fun food equipment, but the company is also seriously developing

My adventures 0
Hello everybody! Today is the first day of exhibition RAPPA (Russian Association of Parks

My adventures 0
Busy time! This Russian snowy winter is a very hot time for me: too 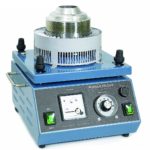